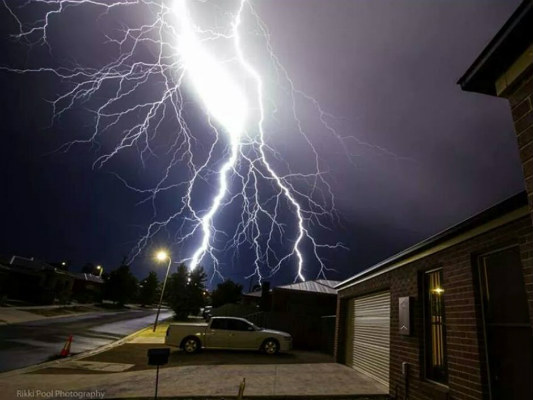 Lightning Strike – Is Your Home Safe?

There have been some spectacular lightning storms around northern Tasmania in the last few weeks.

While they can be fun to watch, from safe inside your home, lightning is a powerful and potentially dangerous force of nature.

Every year between 5 and 10 people are killed by lightning strike in Australia and around 100 seriously injured.

Lightning has the potential to seriously damage electrical installations as well as humans.

A direct lightning strike on your house could cause damage to your switchboard and wiring and appliances. Delicate electronic equipment such as computers and TVs are especially vulnerable.

There are surge protection devices available but they are more for filtering out smaller power spikes and fluctuations and are probably not built to withstand a lightning strike.

In the event of a major electrical storm it would be safer to unplug electronic devices and appliances such as computers, stereos, TVs, microwaves, dishwashers and washing machines. 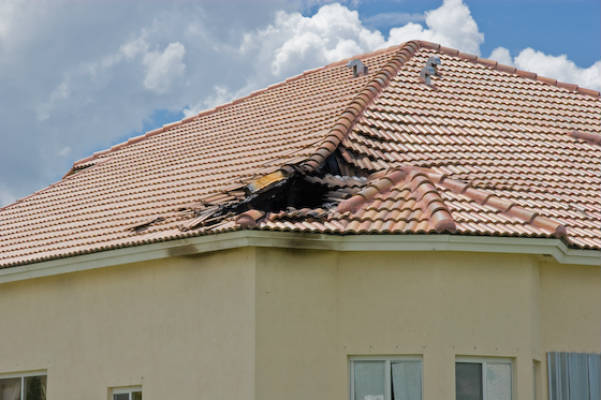 Even when there is not a direct hit a lightning strike can cause damage.

One of our Launceston clients had a tree in their yard struck by lightning.  Some roots of the tree went under the corner of the house.  When lightning struck the tree it travelled into the ground and along the roots.

Ceramic tiles were blown off the floor of the laundry and were found embedded in the plaster ceiling.

You’ve probably heard that you shouldn’t use the telephone during a thunder storm.  At the same property, described above, the landline phone was blown off the wall and shot across the room.

If your property does suffer even an indirect strike it would be wise to get an inspection of the electrical installation.

We removed some damaged power cable from our Launceston client’s house and found that the plastic insulation was not melted as we expected but was jaggedly split apart. It looked as though the copper wire had suddenly expanded to many times its normal size and split the surrounding insulation.

You are relatively safe inside a building, however you should not use the land line phone, not touch metal sinks or any part of the plumbing system – including staying out of the bath or shower – and not use or touch appliances that are plugged into a power point.

If you are caught outside in a thunder storm the current safety recommendations are:

Seek shelter in a substantial building or in a metal roofed car.

Do not use umbrellas, golf clubs or fishing rods.

Avoid small buildings such as sheds and barns if possible.

Stay away from water and metal structures such as fences and rails.

If there is no shelter, crouch down and keep your feet together, or sit with your feet close to your body. Keep at least three metres away from other people.

A full 50% of lightning deaths in Australia occur after a storm has seemingly passed, as people resume their outdoor activities too soon.

You should wait 30 minutes after hearing the last thunder before venturing outdoors.  Lightning can strike many kilometres away from where the actual storm appears to be.

If you can hear thunder you are in the potential lightning strike zone.

Take sensible precautions to ensure you don’t become one of the rare statistics. 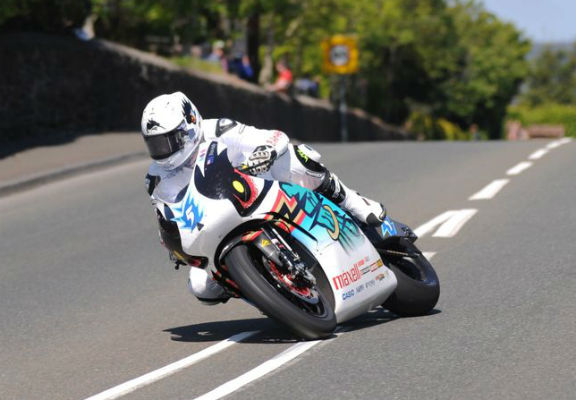 The Isle of Man track is 37 miles per lap, through villages, narrow country lanes and over hump-backed bridges.  It’s hard to see anywhere you could touch on 192 kilometres per hour, let alone make it your average speed!

John McGuiness won the Isle of Man TT Zero (zero emissions) on a Team Mugen, Shinden Yon electric motorcycle.  While the petrol powered bikes race over six laps, the race for electric bikes is one lap only.

Power is not a problem, the bikes could go faster.  The limitation is battery life.  The bikes are detuned to allow them to last a full lap of the circuit.

The fastest speed recorded for an electric motorcycle is a stunning 350 km/h achieved by the Lightning LS-218 at the Bonneville salt flats in 2013.

One amazing feature of the electric motorcycle is that full torque is available right through the rev range from one rev to full noise.  No matter what speed you are doing, maximum power is available at every twist of the throttle.  The drive out of corners must be incredible.

No doubt the speed and power statistics will be even more impressive next year.  The real story is in battery development.  The increased production of electric cars is driving research and development in battery technology.

The Tesla Gigafactory is under construction in Nevada USA.  This facility will manufacture lithium-ion batteries for Tesla electric cars and for the new Powerwall domestic storage batteries.

It won’t be long before electric motorcycles are available for general purchase, and it promises to be an exciting ride.

The spin-off benefits for consumers will be access to the Powerwall type storage batteries.  These batteries will allow solar panel owners to store the solar power generated during the day and use it at night.  Cost effective battery storage will make solar panels viable for everyone.

For advice and quotes on solar system, including battery storage, phone Mance Electrical Launceston on 6331 4711.

And if you require test riders for your electric motorcycle we can provide a couple of those too!