Does Your Stove Have An Anti Tilt Bracket? 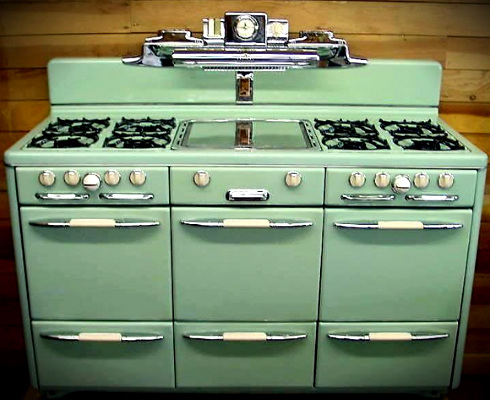 The most common type of injury happens when the young child pulls down the oven door and stands on the door as a step to get higher up.  The stove tilts forward, spilling boiling liquid onto the child, often causing horrendous injuries.

In order to prevent these injuries, all new stoves are supplied with an anti tilt bracket.  These metal brackets are usually designed to be screwed to the floor.  When the stove is pushed back against the wall the bracket locks onto the stove feet or a into slot in the back of the stove.

When the anti tilt bracket is correctly installed and the stove is pushed back against the wall, the bracket prevents the stove from tipping forward.  To comply with Australian Standards an anti tilt bracket should be able to withstand up to 50kg of weight applied to the door.

New stoves are much lighter compared to the old stoves they replace and most of the weight is at the top.   This means it is usually easier to tip over a new stove than an old one.

Currently, there is no requirement to fit an anti tilt bracket to an existing stove if it doesn’t have one.  But if you remove your old stove and install a new one you must fit the anti tilt device supplied by the manufacturer and according to the manufacturers instructions.

Some cheaper stoves have chains designed to be fixed to the wall behind the stove.  The chain system will only be effective if the chain is kept quite short and the end of the chain is fixed to a wall stud, not just screwed into the plaster.  The floor mounted anti tilt brackets are usually a better solution.

We have carried out repairs on plenty of fairly new stoves that have been installed without an anti tilt bracket.   Some installers are ignoring the regulations and installing new stoves without the brackets that prevent the stove tipping forward.

It is quicker and easier to toss the anti tilt bracket out with the stove packaging and pretend there is no such thing. However, any installer who does this is ignoring the manufacturers installation instructions and the Australian Standards and placing children’s lives at risk in order to save a few dollars.

When you book your job, make sure the installer you choose will remove your old stove and dispose of it free of charge!

And once your anti tilt bracket is securely fixed in place make sure you don’t leave pot handles hanging over the front of the stove where young children could reach up and grab them.